A city surrounded by opulence, St. Petersburg, Russia stands proudly as one of the world's architectural wonders. It's a city that has gone through numerous name changes and architectural styles since it was first founded in 1703. First Petrograd and later Leningrad, St. Petersburg is Russia's second-largest city and was a key player in Russian history. Its stunning architecture pays homage to the triumphant styles of Europe and as a result, was named a UNESCO World Heritage site in 1990.

A great golden (and green) palace

In the twilight years of the European design Baroque style, the first residence of Tsar Peter the Great was transformed from a humble wooden house into the vast and magnificent Winter Palace that holds court at the centre of Palace Square in the heart of St. Petersburg. It is here where seven of St. Petersburg's most impressive collection of museums, known as the Hermitage stand. Housing some of Russia's most valuable treasures the buildings themselves, and their uniquely elaborate architectural styles, are important preserved artefacts of the country's history.

The Winter Palace passed through many hands and was the official residence of the Russian monarchy until 1907. The Palace was reconstructed or expanded five times before Catherine the Great (are you sensing a theme?) decided enough was enough and 1,500 rooms suited her just fine. Since her reign, the Palace has remained largely untouched—save for some interior restoration after a devastating fire in 1837.

The Baroque style is used with a heavy hand in the Winter Palace and both the exterior and interior are dripping in gold. Outside, the palace is richly decorated with columns, generously framed windows and parapets encrusted with statues and carved reliefs. Inside, the splendour can be overwhelming. From golden ballrooms to the ambassador's ivory white staircase, visitors now come from around the world to walk in the footsteps of Russian royalty.

A cathedral in the clouds

Baroque master architect and the designer of the first four iterations of the Winter Palace, Bartolomeo Rastrelli, certainly made his mark around St. Petersburg, if the soaring Smolny Cathedral is any indication. Sky blue, elaborately covered in columns and topped with bulb-shaped domes famous in Russian design, this cathedral was once a convent for noblemen and women but today, visitors can enjoy concerts inside or climb the 277 steps to its famous Bell Tower.

Not to be confused with Catherine the Great, who lived in the Winter Palace in 1762, Catherine I was the wife of Peter the Great and had a grandiose palace of her own commissioned for her in 1717, named the Catherine Palace. Another breathtaking architectural marvel, this palace sits just 30 kilometres south of St. Petersburg and was the summer house of the Russian tsars. A renovation project was given to the man of the hour, Bartolomeo Rastrelli and the Catherine Palace soon rivalled France's Versailles Palace in its opulence.

Beyond the commanding palace sits elaborate gardens of trees and curling, decorative lawns. Open to the public, you won't want to pass up an opportunity to stroll through the expansive grounds.

Its vivid turquoise exterior contrasts smartly with bright white and gold (more than 100 kilograms of gold, to be exact) and the interior is no less spectacular and each room is effortlessly appointed in the Rococo style.

Bring Rococo design into your own home with our Rococo style guide.

Church of many names

Recognized as distinctly Russian at first glance, the Church of the Savior on the Spilled Blood goes by many names, but in St. Petersburg it's known as Church on the Blood. An intimidating name for an intimidating structure. Construction began in 1883 after the death of Tsar Alexander II by his son and heir Alexander III in the “traditional Russian style” to contrast the “Western influence of St. Petersburg.” Its peaked arches and bulb-shaped, multi-colored domes are instantly recognizable along the Griboyedov Channel Embankment.

The church was abandoned prior to World War II and sustained damage from the war and the Siege of Leningrad. But, in the 1970s, the church underwent a multi-million dollar restoration and stands now as a museum.

A modern port among the city's history

Welcoming visitors to St. Petersburg is the Pulkovo International Airport. In 2013, the airport underwent a dramatic renovation, bringing in London architecture firm Grimshaw & Partners, who designed a new terminal with an elaborately geometrical roof designed to withstand heavy snowfall. When the roof catches the light it glows gold, ensuring this modern monument fits in seamlessly with the rest of St. Petersburg. Throughout the terminal, passengers will also notice modern sculptures. They're all created by St. Petersburg residents in an effort to bring contemporary art into the city.

Even if you're a fan of the Minimalist style, you will appreciate a trip to St. Petersburg. More is more in Russia's second-largest city, where grand palaces and churches take up full city blocks, glowing with gold and covered in intricate and elaborate carvings. If you've been waiting for a city to take your breath away St. Petersburg's canals, museums, commanding facades, and rich, royal history is a must on any bucket list. 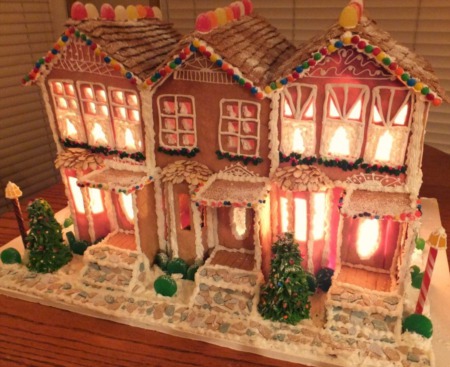 This Is What Happens When Architects Build a Gingerbread City

As part of the team of visionaries behind the dramatic glass Steve Jobs Theater at Apple’s California headquarters, engineering and ...Read More 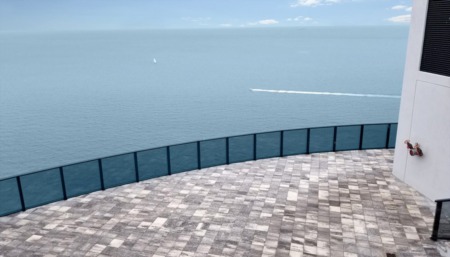 A $25 Million Penthouse with a View

If you're living in or shopping for a swanky condo in any major Canadian city, you know branded and themed buildings are on trend. These ...Read More 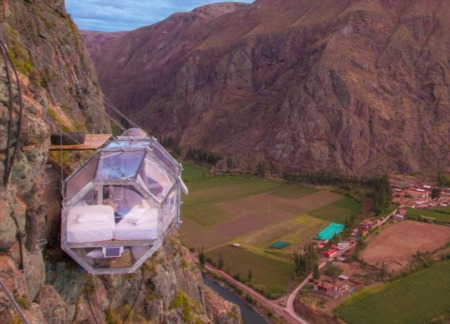 Whether you travel often or not, do you find yourself regularly scrolling through pictures of exotic destinations, daydreaming of waking up to the ...Read More