Go full circle on Southern Vancouver Island with the Pacific Marine Circle Route. A road with varied landscapes, stops, and views, the loop is a popular trek amongst driving fiends. The total drive clocks in at 289 km or 179 miles. With the beach pull outs, easy access cafes, and soaring ocean views, the Pacific Marine Circle Route ranks high amongst drivers. It’s also a thrilling drive—winding roads and steep hills will test your handling skills.

You can start at any of the cities along the eastern side, and take the route in either direction, but we suggest coming over through Schwartz Bay, settling into the Vancouver Island vibe in Victoria for a day, then hitting the road en route to Port Renfrew.

Both Victoria and Sooke are great places to stock up on supplies before the rest of the trip. Stores become scarce the further west you head, and you don’t want to find yourself without a picnic to enjoy on the beaches.

From Victoria, you can go as fast or as slow as you’d like: meander through the winding roads into Sooke (it’s only about a 45-minute drive from Victoria), book in at an inlet hotel, and wind down for the evening and get your supplies. Or, make this portion of the road trip into a day trip, stopping in at Sooke and then continuing on to Shirley Delicious for lunch before hitting the beaches along the Juan De Fuca Trail.

As you near the end of this leg, you’ll be ready for Port Renfrew, where the food is fresh and the drinks cold. Stay at Wild Renfrew, where the new adventure centre is worth at least one day on your itinerary, if not more. In the evening, stoke a fire outdoors while you map out the next day’s drive.

Port Renfrew to the Cowichan Valley

The Port Renfrew to Cowichan route is where you really get to test your wilderness mettle. The road in this section is a former logging route, recently paved over to encourage Vancouver Island visitors to venture through the threading road surrounded by tall trees and rushing waterfalls. A note of caution: there’s no cell service along this portion of the route.

Loop your way around through the Cowichan Valley stopping in at towns like Chemainus to see their world-famous murals or picking up souvenirs at artisans markets, eventually making your way back to Victoria.

Traversing the southern half of Vancouver Island, this road trip will take you across distinct regions and landscapes—urban, rolling countryside, and coastal. Consider it your road map to adventure, the journey between city dweller to island local. Around each bend is a new sight, whether that’s landmark Douglas Firs towering over the highway or sparkling blue waters of the ocean inlets.

The distance between Victoria and Ucluelet is about 293 kilometres, and if done in a straight shot takes around five hours. After this first coastal destination, you’ll be making your way up to Tofino, which is roughly another 40 kilometres. Of course, must-stop towns, attractions and eateries along the way extend the trip time, making it the ideal multi-day road trip.

If you’re a first timer to the Island, we recommend getting the lay of the land with this East-to-West trip.

The Oceanside Route of Highway 19A is a slower trek compared to its sister highway, but it’s a seamless fit with its surroundings. From oceanside ribbons of road to stretches through valleys and over tall peaks, the Oceanside Route between Nanaimo and Campbell River is a quieter, more nature-focused journey.

You’ll start this Vancouver Island road trip by ferrying over to Nanaimo, where you can set up a basecamp before get started. It’s just the first stop on a list of quaint, beachfront towns on the road that hugs the coast, swoops over through the Comox Valley, then feels the call of the ocean and loops back towards the waters after Oyster River. As you near Campbell river, the monumental vistas start to grow towards the sky—nearby Strathcona Park is home to not only the tallest mountain on the island, but also the highest waterfall in Canada.

The travel time between your start and finish is just under three hours, making it a leisurely afternoon drive or a paced day trip with pit stops.

The longest of the Vancouver Island routes, the Nanaimo to Port Hardy trek also affords the opportunities to take things at full speed. A stretch of 114 kilometres between Parksville and Campbell River —of the total 385 kilometres for this drive—is set at 120 kilometres an hour. Beyond that, the double yellow lines are like beckoning beams, pulling the car deeper into the dense forest of North Vancouver Island with the canopy overhead, while the pavement is the only indication that civilization lies beyond. It’s just you, the road, and nature.

Of course, you can take a more roundabout way of exploring this North Vancouver Island road trip, which sees you taking the turn offs to the smaller towns, tucked off the main highway. If you’d like to take a break overnight, we suggest pulling into Telegraph Cove, where you can hop on to a bear tour or a fishing vessel for a change from the road.

You’ll also want to budget a slower speed for the pull offs, particularly as the road winds along the 14 miles expanse of Nimpkish Lake. It’s not uncommon to spot elk near Sayward, or black bears crossing as you venture further north.

When you arrive in Port Hardy, you’ve settled into your second basecamp for the journey. From here you can turn over the wheel to an experienced tour operator to tumble down logging roads and hit Cape Scott Provincial Park. 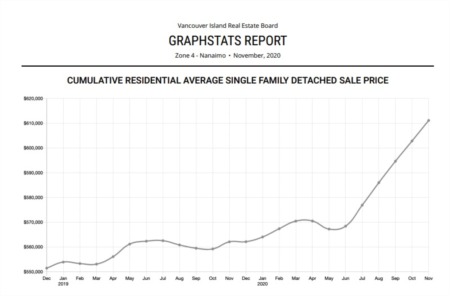